Last year I noted that 2018 was not a very productive year with regards to photography largely stemming from health issues. 2019 was not much better, but for different reasons. In the fall, I started a Master’s degree in Museum Studies at the CUNY School of Professional Studies. And just before I started at CUNY SPS, I spent time working on the two photography books I self-published in November. The first book, 21st Century Coney Island, is a collection of photographs taken over the course of three years starting in the summer of 2016 and up to August 2019. Proceeds of this book will be donated to Habit for Humanity of Puerto Rico. The second book, A New Yorker in New Mexico, collects photographs from two trips, one in 2012 and another in 2018. Proceeds of this book will donated to the While they Wait fund.

The photographs I am sharing here have not been published anywhere online or in print. They were taken between February and August of 2019. I hope you enjoy this collection.

Thank you for stopping by.

See more of my artwork at edwinroman.com.

I visited the Brooklyn Museum on the opening day of the wonderful and timely exhibition, “Frida Kahlo: Appearances Can Be Deceiving.” I naively thought that I could beat the crowds: after all, I had arrived at admissions at 12 noon, exactly one hour after the museum opened. Instead, I was surprisingly told I would have to wait until 2:30pm to enter the exhibition (in the meantime, I was able to enter and explore the rest of the museum)! My first recommendation is to buy tickets in advance. I checked the website and noticed that weekend shows for the next several weeks are already sold out.

My second recommendation is to put away your phone! Visitors are told that photography is not allowed, but that didn’t stop quite a few rude people from taking out their phones and ruining the experience for others. If you are one of those people who just can’t help themselves, consider this for a moment: when you snap a picture of a painting, that you can probably find online via a museum website, how often do you go back and look it? How often do you study it? Why ruin a rare moment of seeing a painting in person by fumbling with your phone? And if you are snapping a picture on your phone for posting on social media, the exhibition has two interesting displays to do just that before you enter the actual exhibition.

The exhibition is presented thematically, using paintings by Kahlo and peers, photographs, and Mexican ceramics to explore Kahlo’s identity. Clothing and make-up are central to this: for example, Kahlo used native clothing to express her Mexican nationalism. It was surprising to see that she loved using perfume and Revlon products (Revlon is the major supporter of this show). Many of these items had been stored in Casa Azul, the home, Kahlo shared with her husband, muralist Diego Rivera.

One of the most absorbing, and heartbreaking, pieces of art was a lithograph depicting Kahlo’s miscarriage. It was as powerful as the “Henry Ford Hospital” painting, which explores the same subject. I absolutely adored the home movies that were shown, which I saw twice! Among my favorite pieces were the photographs, many of which I had never seen before. Standouts were those by Gisele Freund, known for her documentary photography and portraits of writers and artists.

The major problem with this exhibition is how some of the artwork is displayed, most notably the photographs. Many are presented in groups of four, with two of the four well below eye range. This means that if two people stand in front of the four pictures, others have to wait to properly study and contemplate them (as well as contend with the impolite people who insist on taking pictures). With the crowds, this simply does not work. The first two rooms were rather small with one wasted on a second ticket checkpoint. Yes, there were two checkpoints to get into the exhibition: one at the door and one in front of a wall, projecting images of Kahlo. A wall. Interesting.

It has been over sixty years since Kahlo has passed away, but she still continues to fascinate. This exhibition is worth seeing—but only if you can go during a weekday, with minimal crowds. Each piece is worth quiet contemplation. The exhibition notes how much she loved New York City—the world is here and that is what she embraced and probably why we embrace here today. She is a voice from Mexico’s past conveying the need for more bridges and less walls.

The featured image of this blog entry was taken on the eve of Trump’s inauguration during the New York City protest around Columbus Circle. I had gone there to participate and document. I didn’t stay as long as I had intended because in the midst of it, I got a call from my sister telling me that my uncle had passed away. Until I started working on this entry, I had never looked at the photographs from that day.

The individual in the featured photograph had the absolute gall to show up wearing a (made in China) maga hat (someone had asked him to remove it so they could inspect the label). I can’t begin to convey the vitriol he encountered, which was absolutely deserved. I watched him for a while and my favorite exchange was with a woman who conveyed that based solely on his appearance, he would be thrown over Trump’s border wall. She noted that most of his supporters would only ever see him as a terrorist or criminal. She completely shut him down and I managed to capture that moment. Ultimately, I thought he did this as a stunt; a way to garner attention and trend online to get his fifteen minutes. He was recording all of this exchanges on his phone.

It has been a long year and I have done my best to do things that counter the limited mindset of Trump and his supporters. I continue to volunteer, engage in activism and create art. With regards to photography, I largely engage in it during the warm months. I consider myself to be a street photographer and hate working with my camera while wearing gloves. This year, I found myself inspired to try and capture the beautiful diversity of New York City.

It is with great pride that I present to you my favorite pictures of 2017. 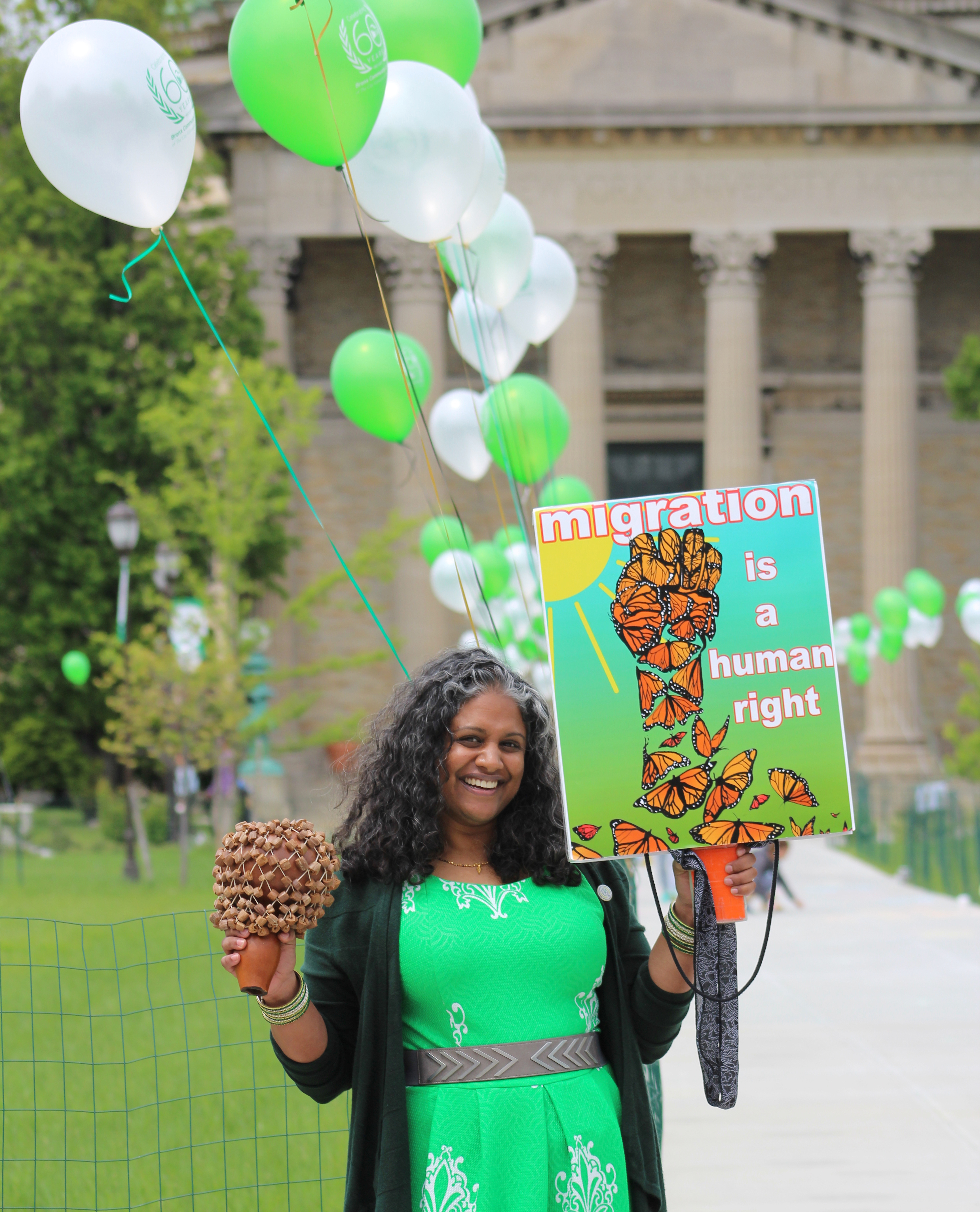 A Human Right. Edwin Roman 2017. As seen at Bronx Community College during the 60th anniversary celebration. 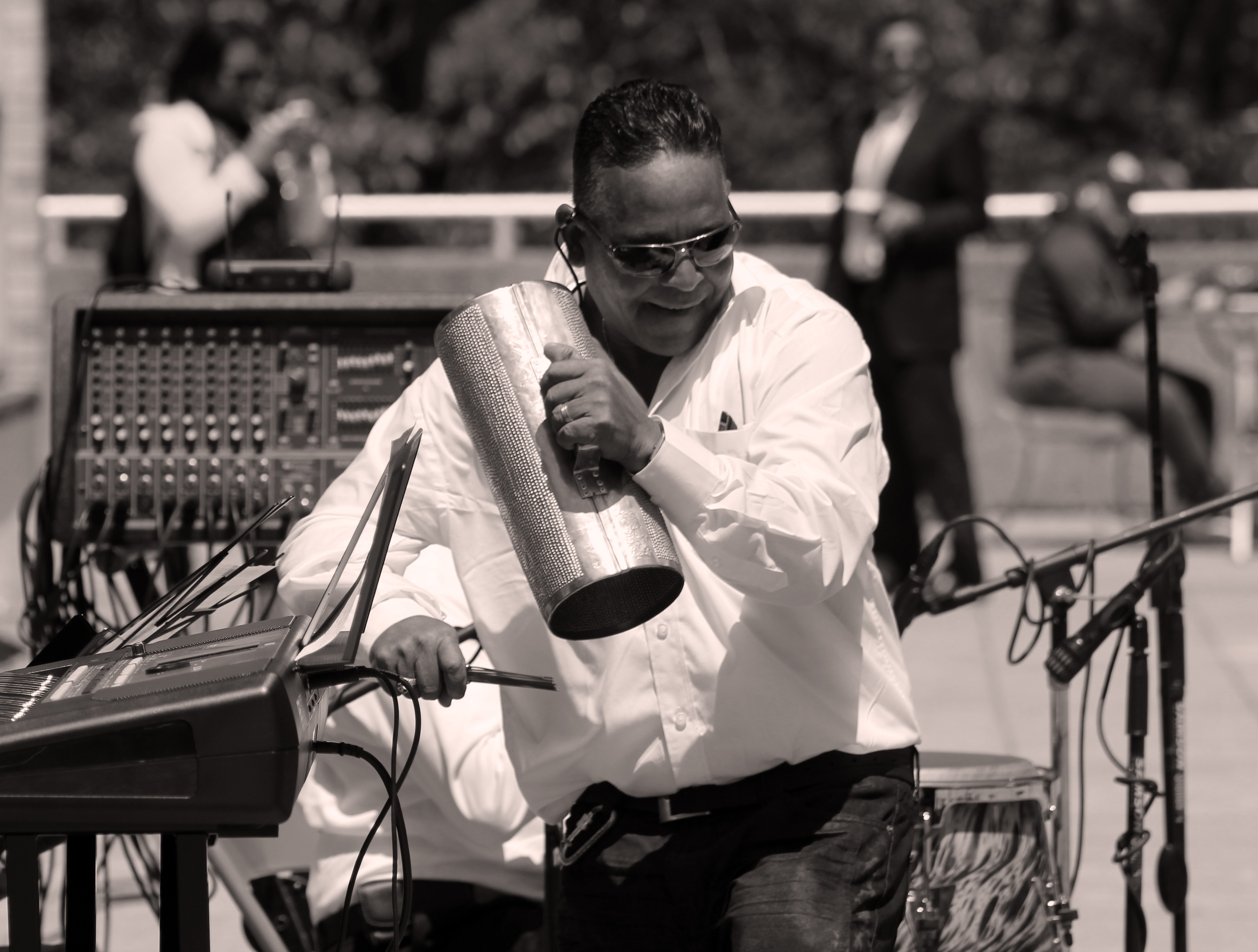 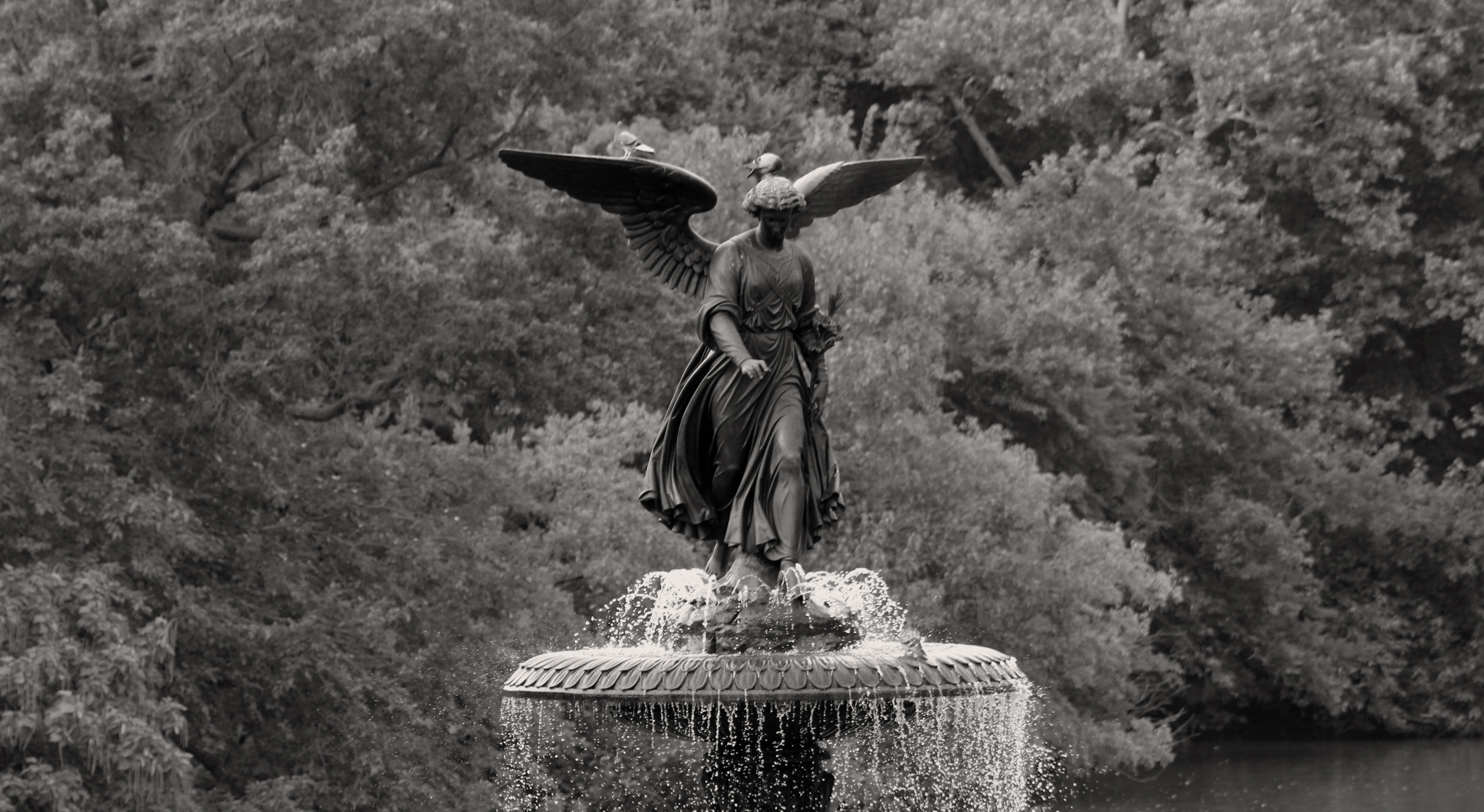 Fuga Aqua. Edwin Roman, 2017. As seen at the Bethesda Fountain in Central Park. 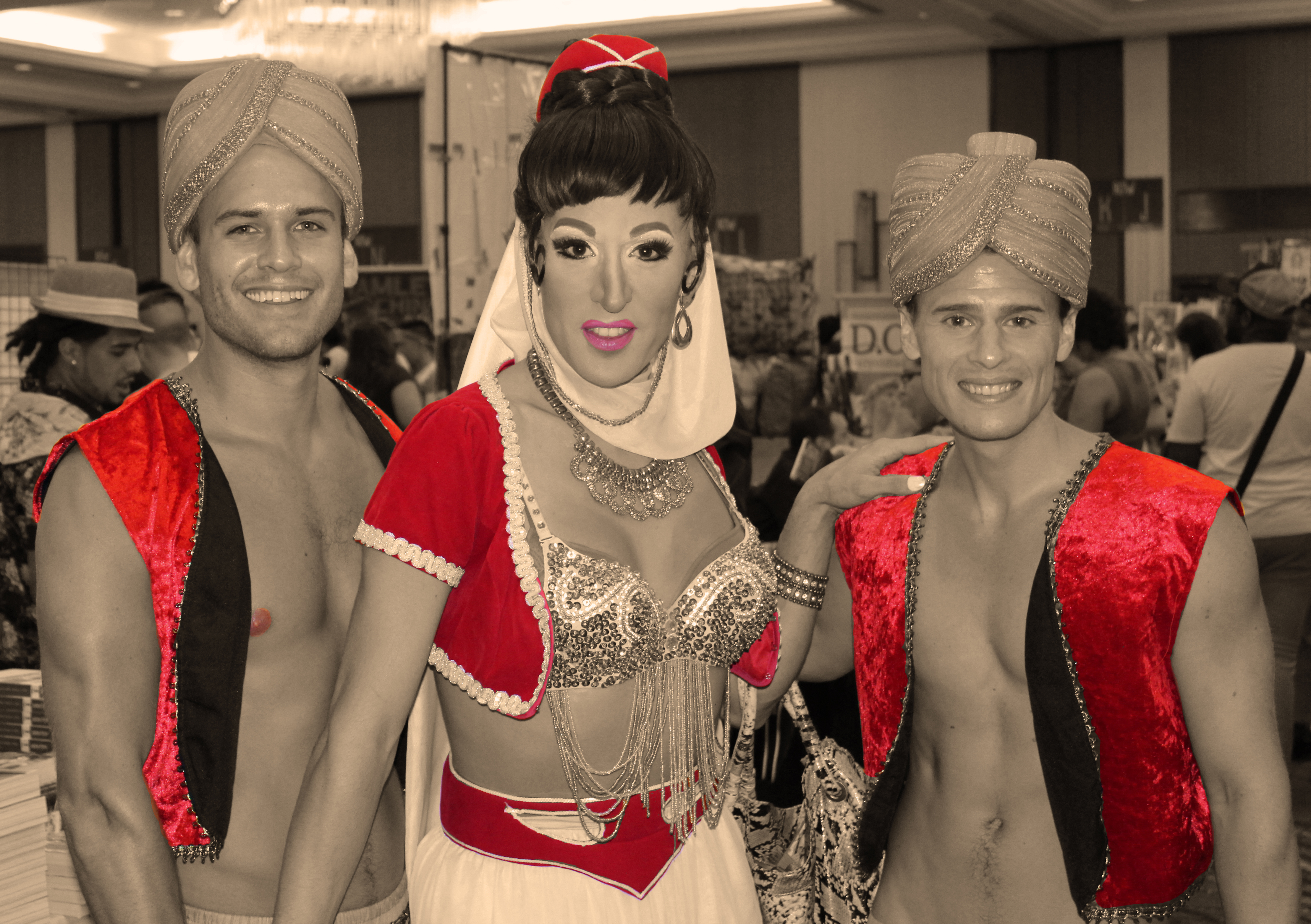 Dreaming in Red. Edwin Roman 2017. Actors from the off-Broadway, cabaret show, I Dream of Jackie, featuring the wonderful Jackie Cox. As seen at Flame Con 2017. 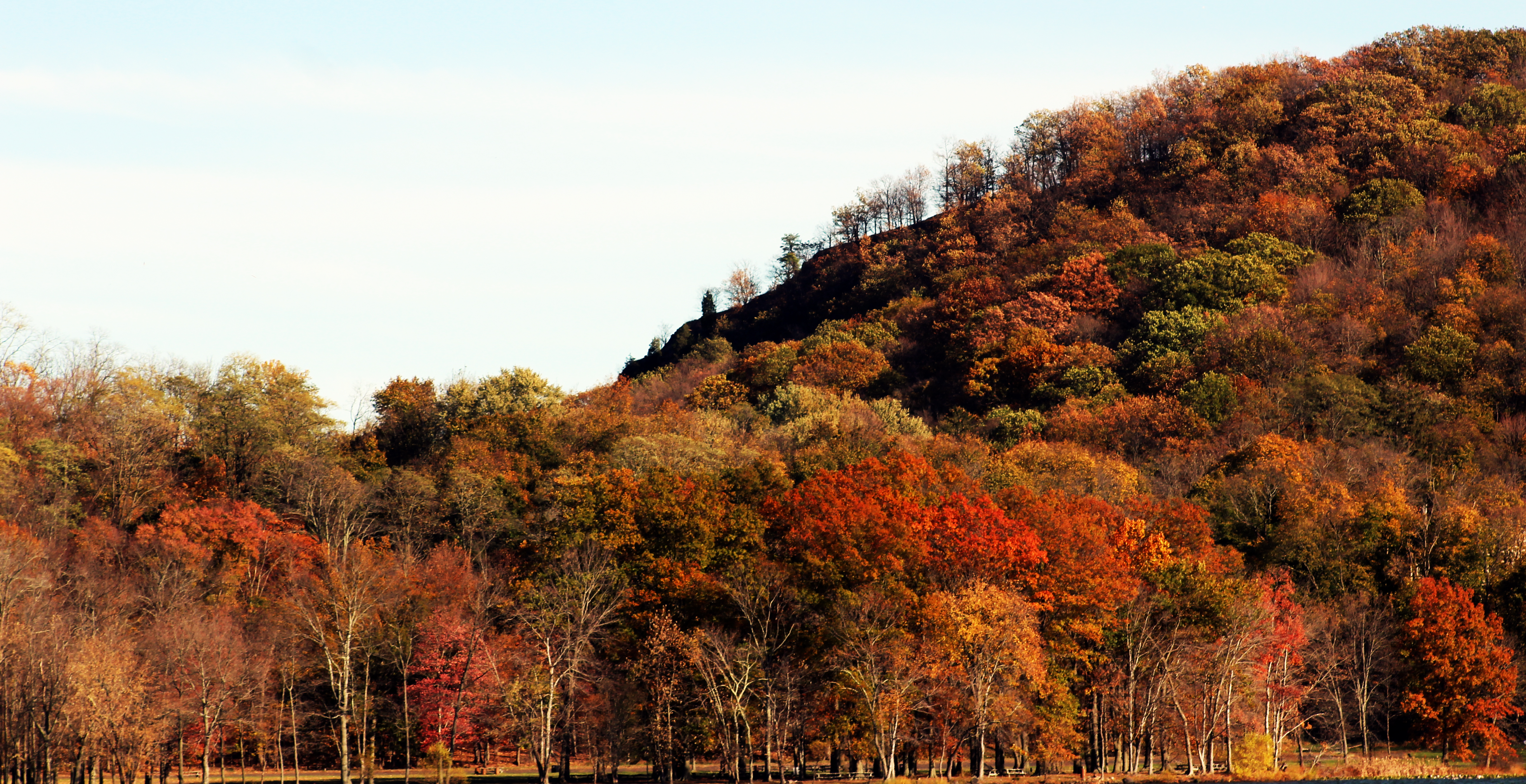 Rockland Cliff. Edwin Roman, 2017. This was my first ever visit to Rockland Lake State Park during the fall or any time other than summer. 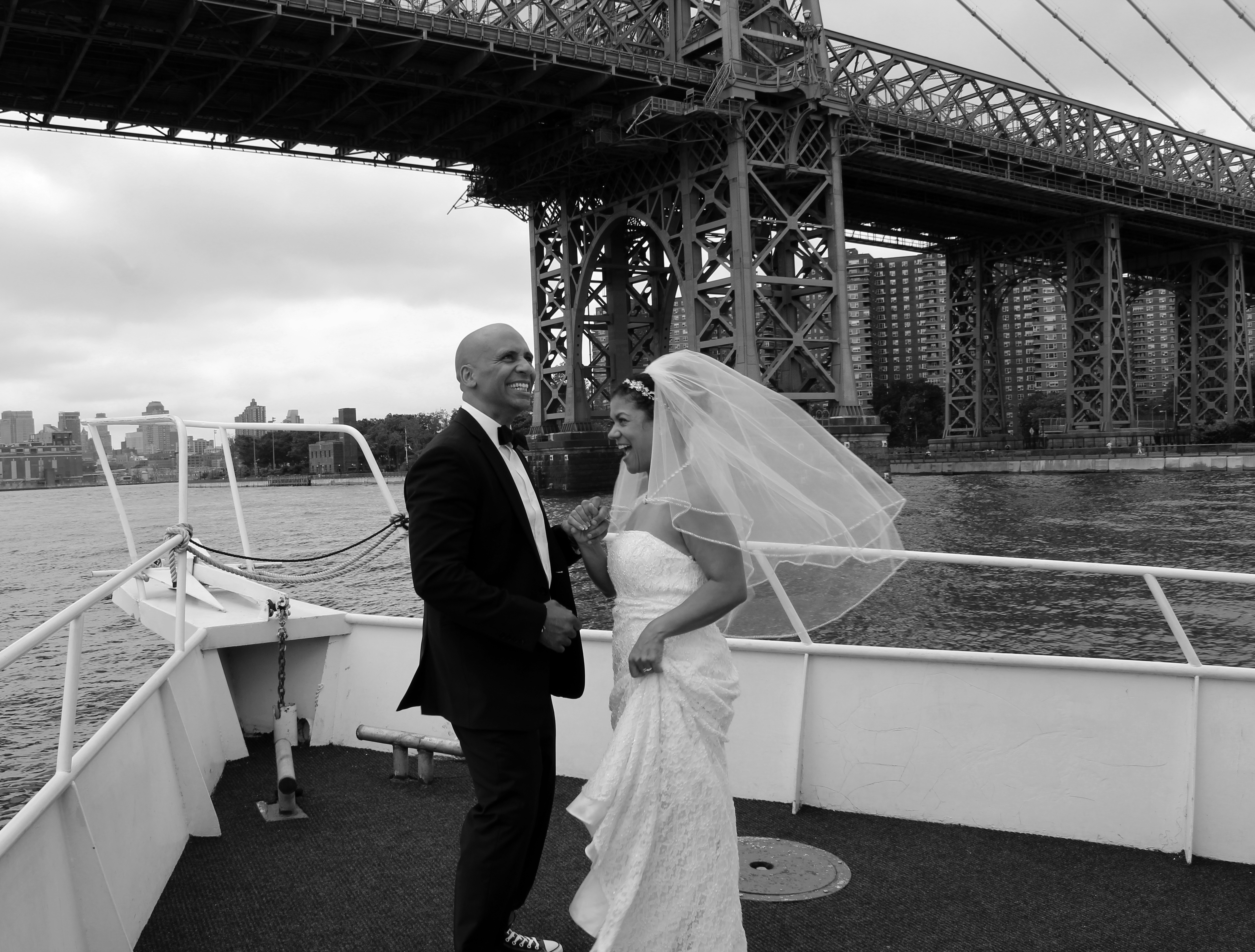 Sharing a Laugh. Edwin Roman, 2017. This was the first time I was ever hired to photograph a wedding. This couple was just great and so laid back; they were in sync with my style of photography. 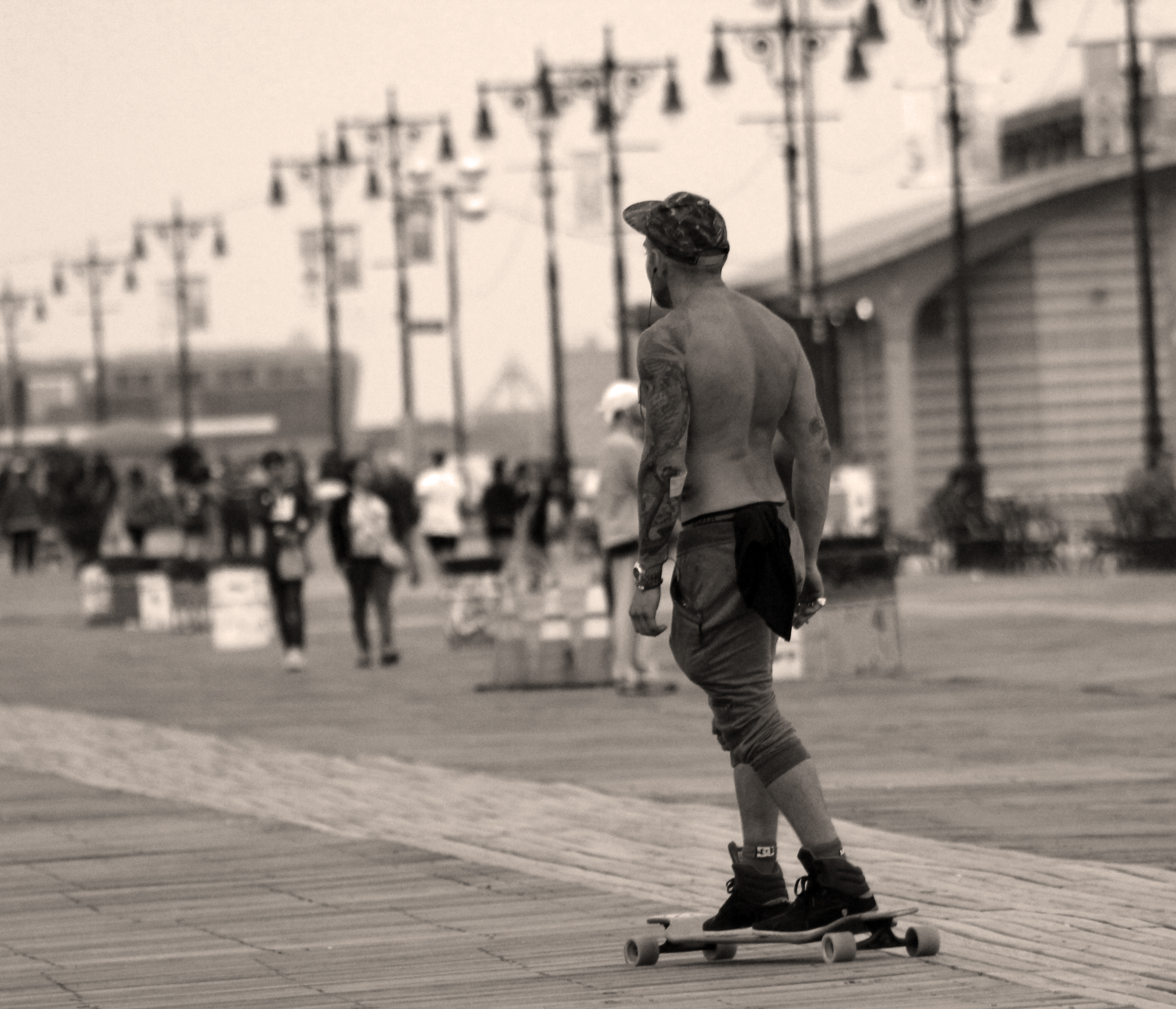 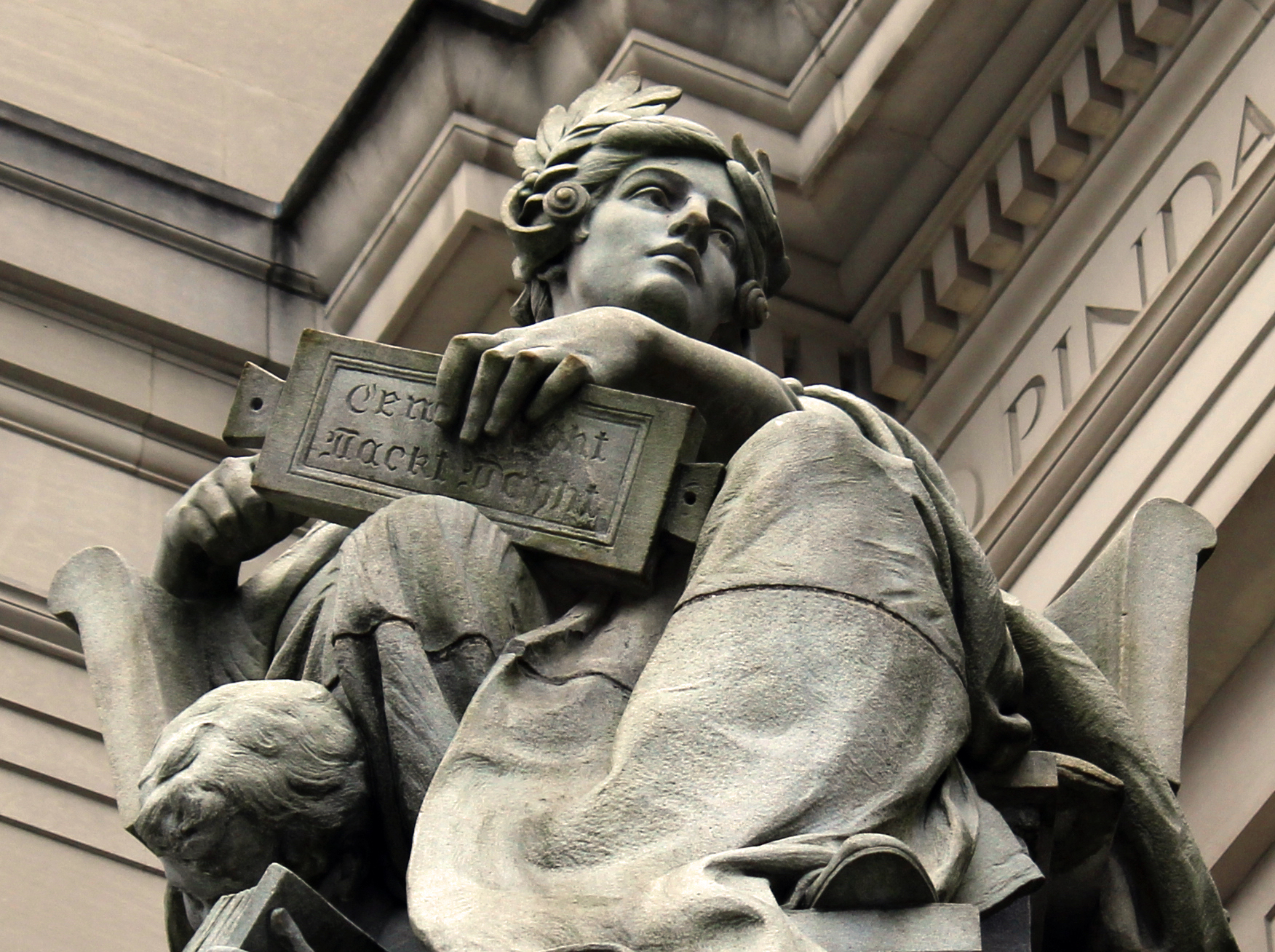 Brooklyn, The Statue. Edwin Roman, 2017. As seen outside of the Brooklyn Museum. 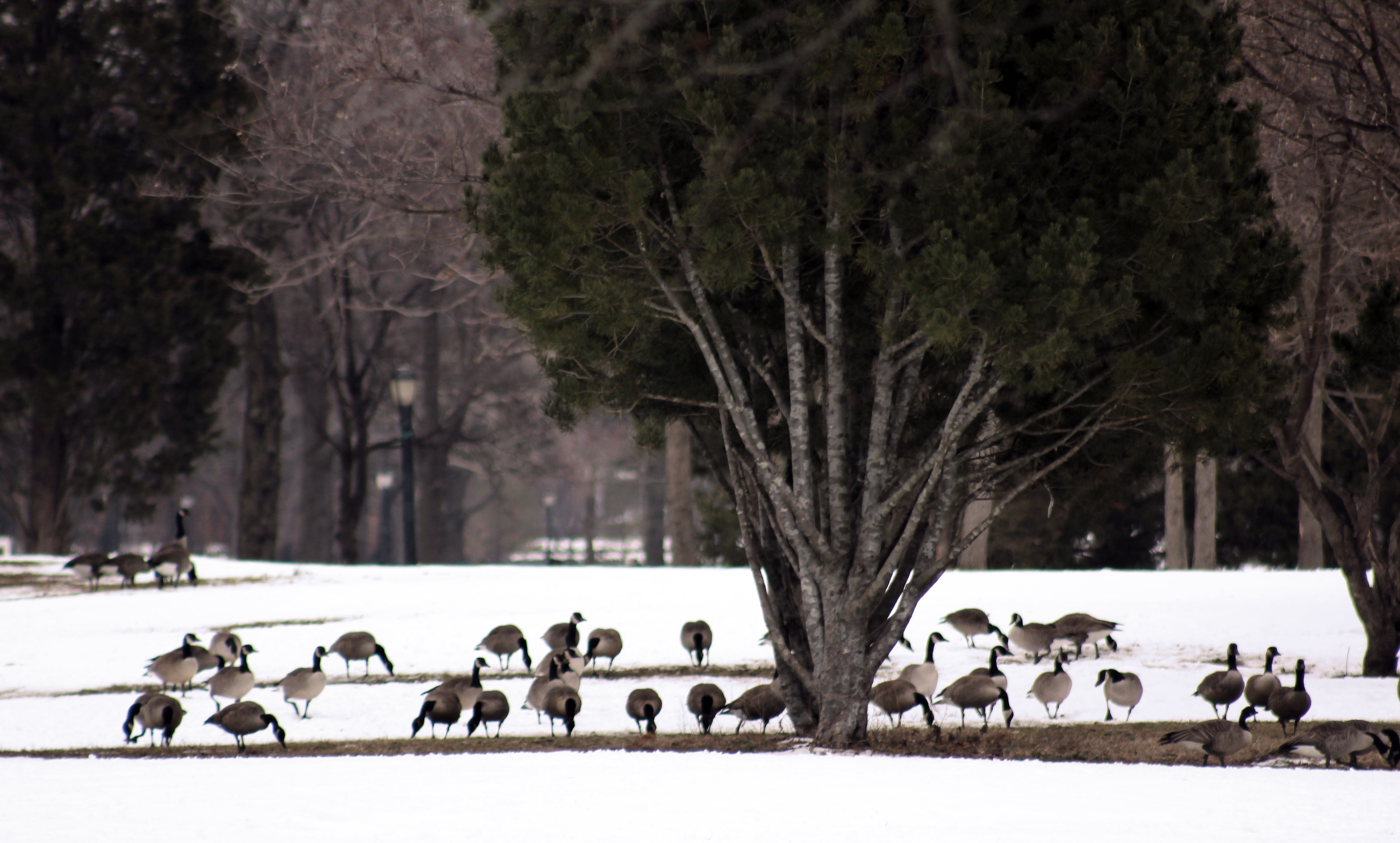 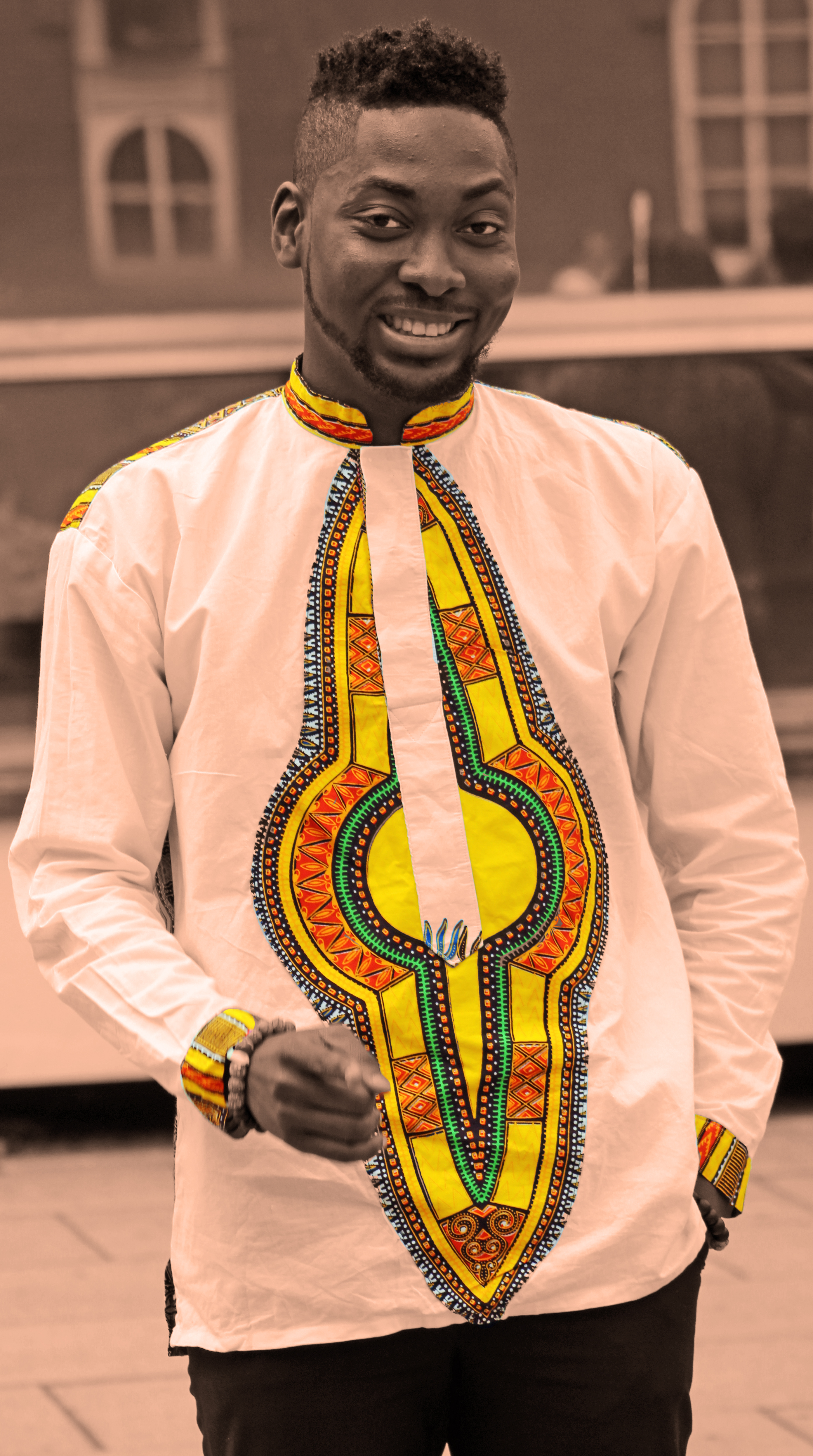 Kente Color Splash. Edwin Roman, 2017. As seen in The Bronx. 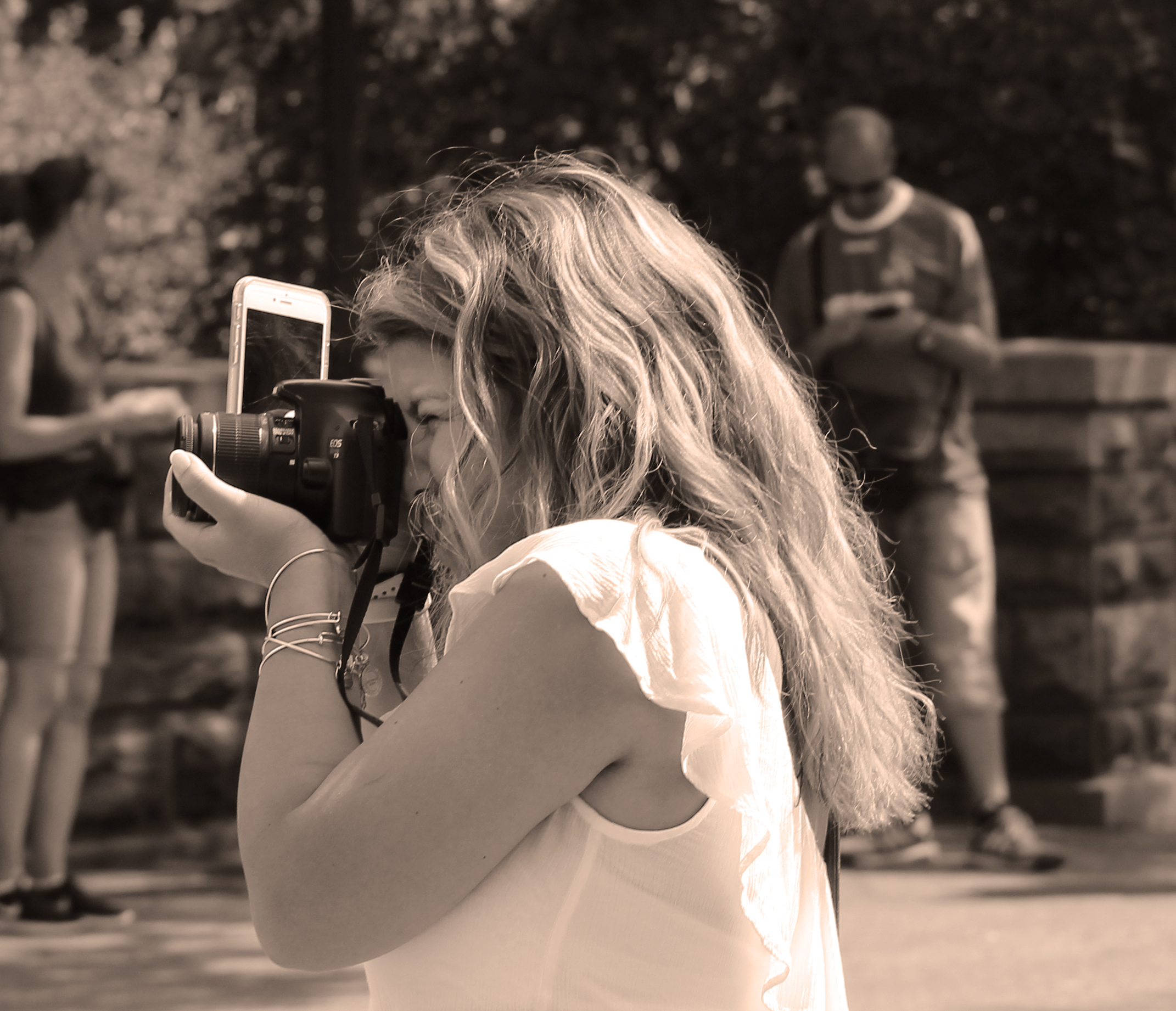 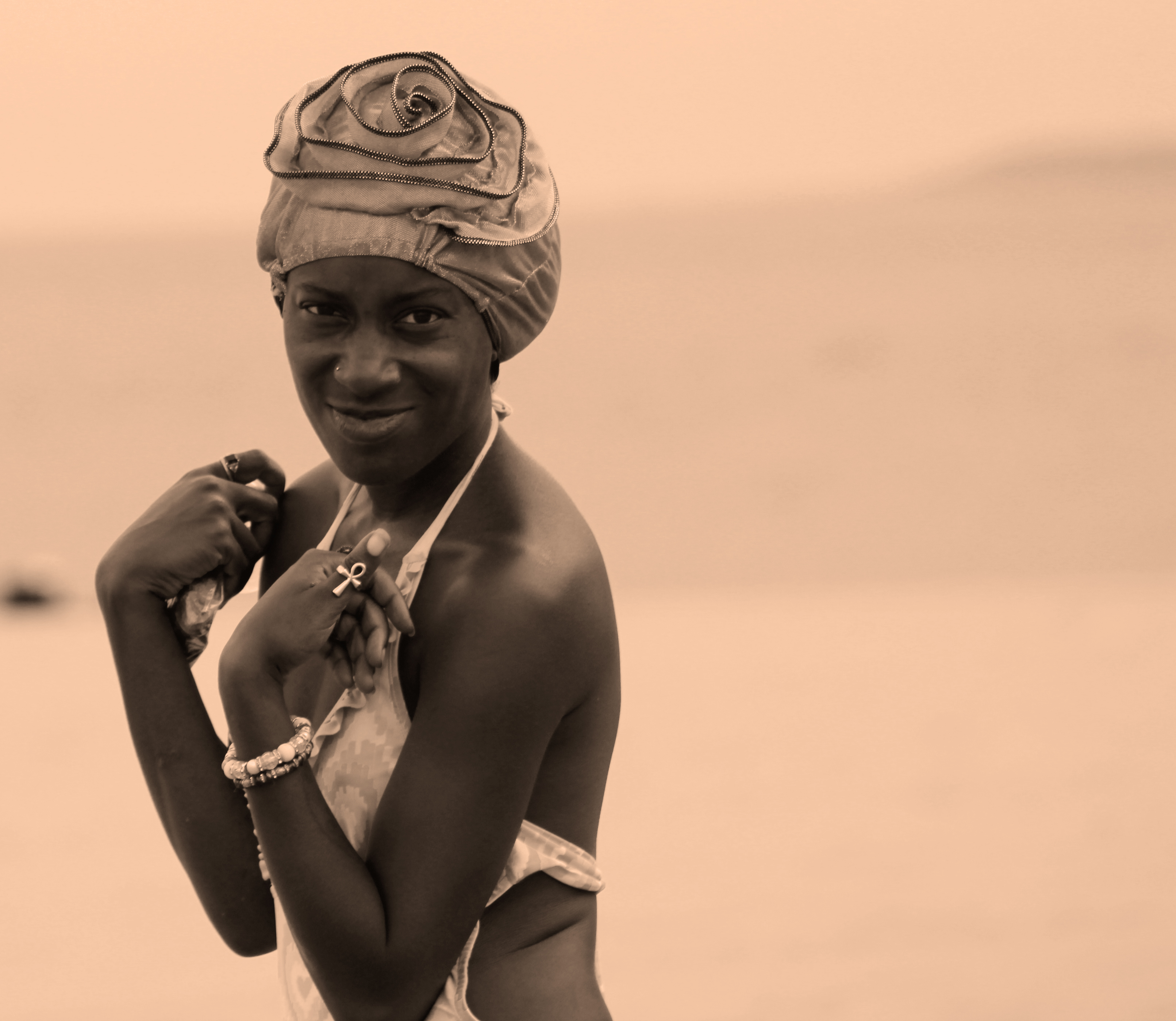 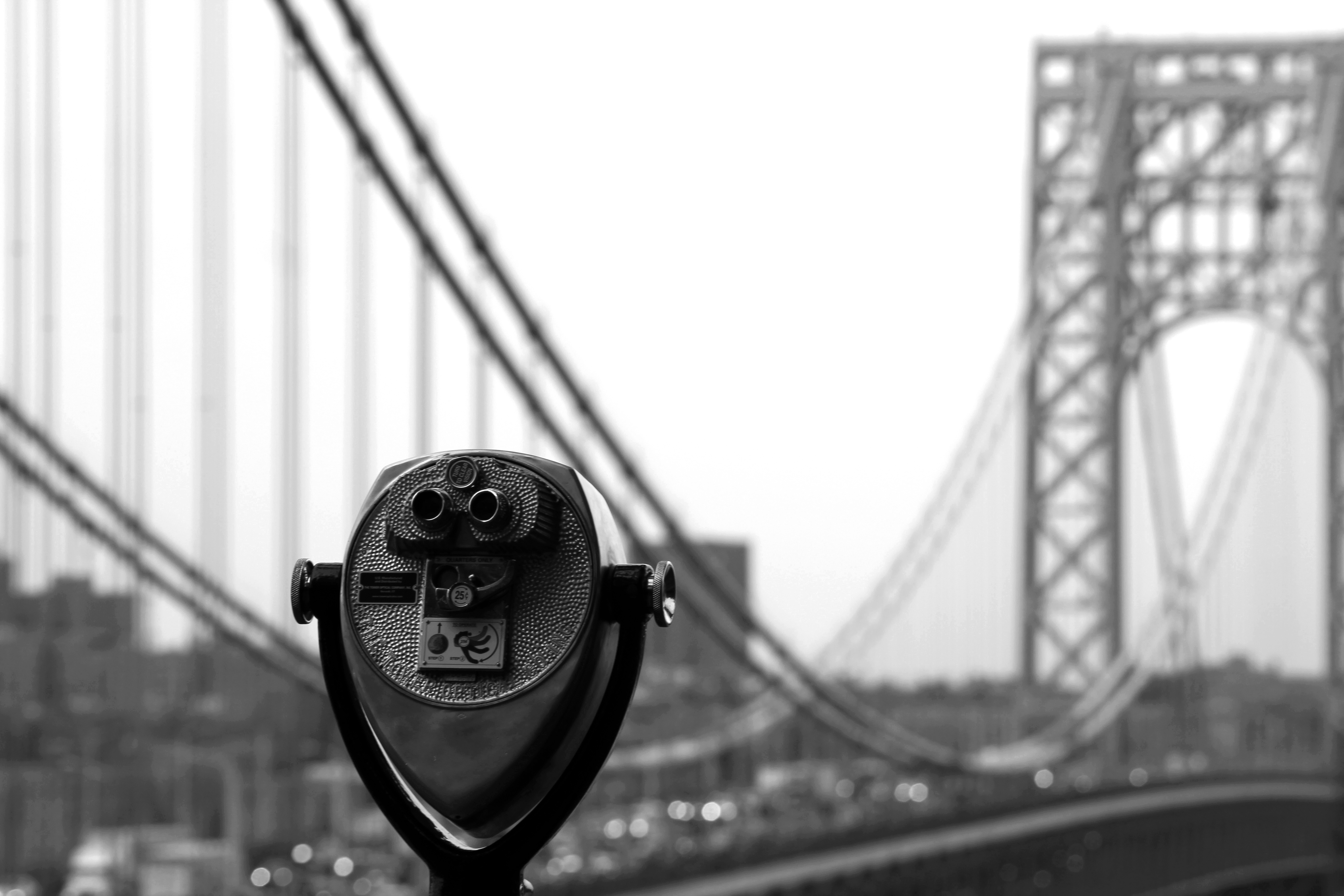 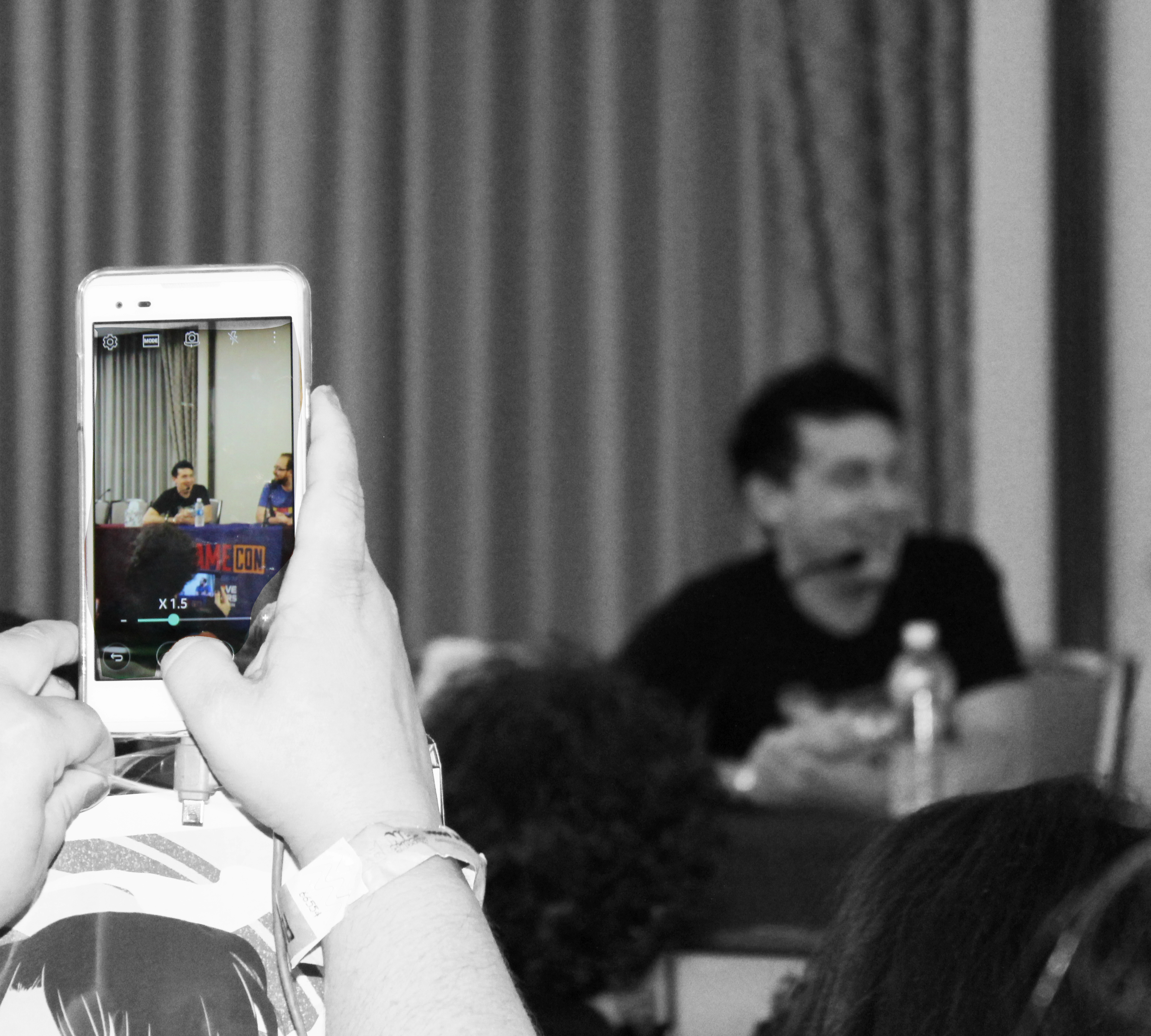 Picturing Robin Lord Taylor. Edwin Roman, 2017. This was during the actor’s panel at Flame Con. I actually got to ask the first question, which was: “If Gotham City were a real place would you want to live there?” 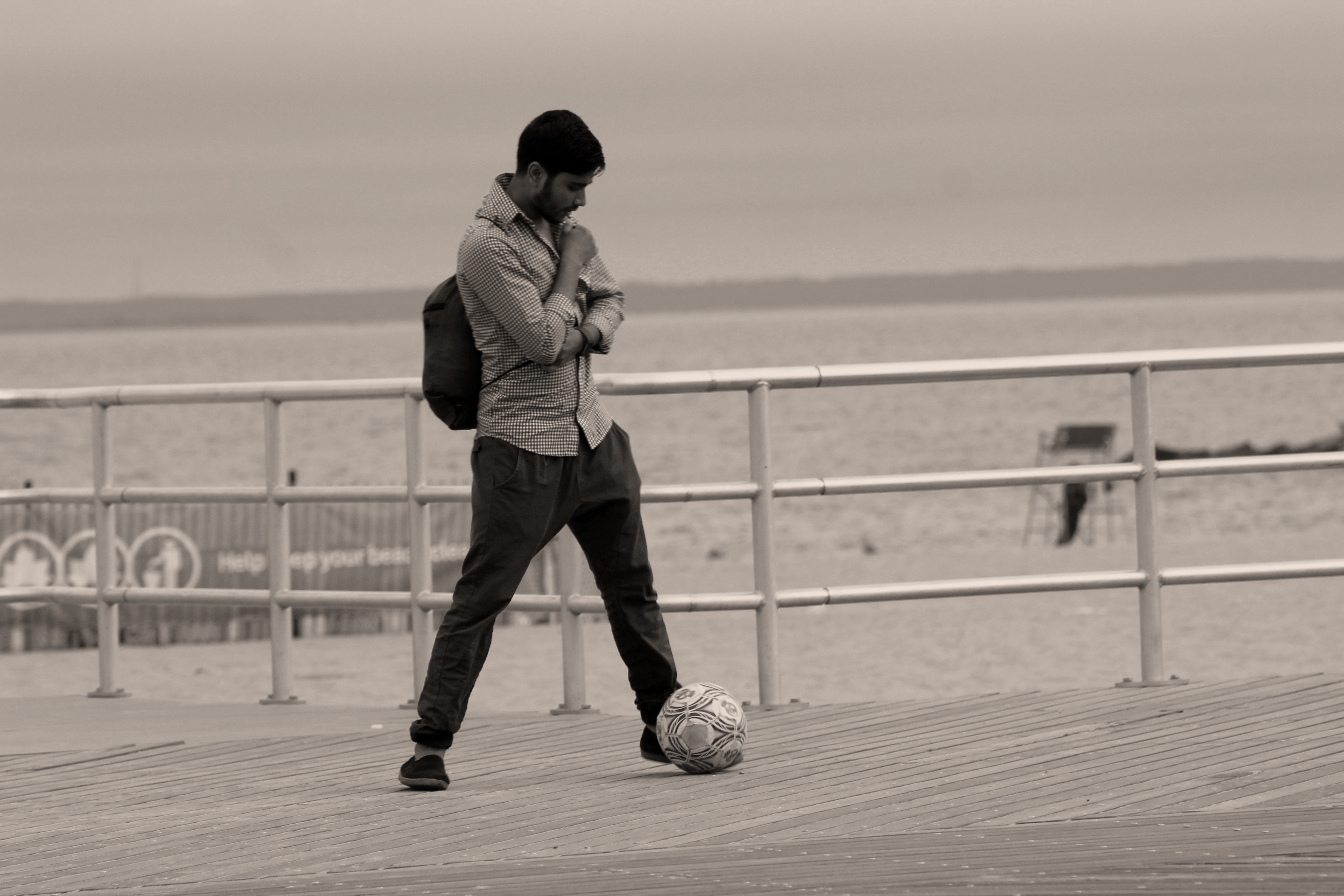 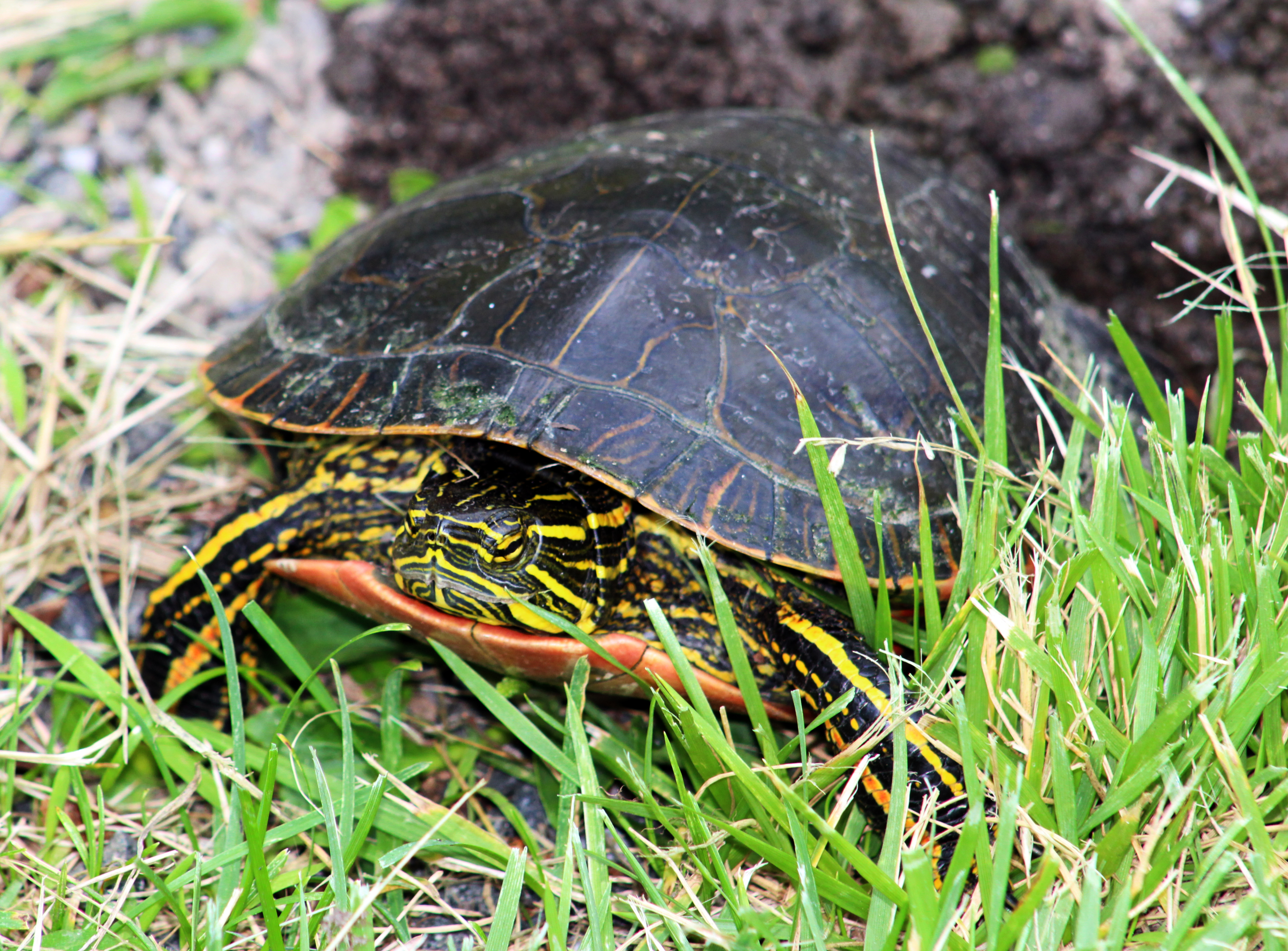 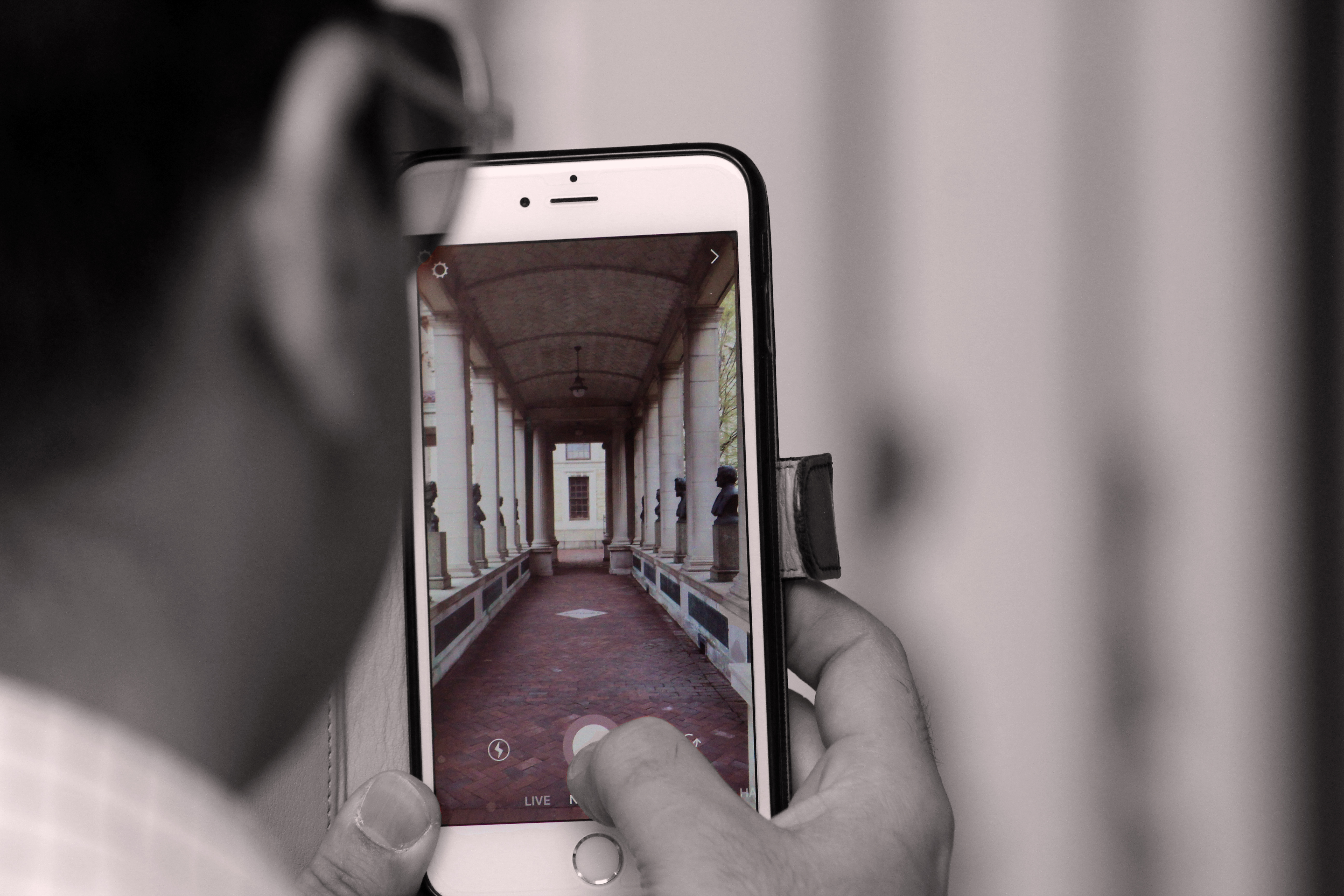 Touring The Hall of Fame. Edwin Roman, 2017. As seen at Bronx Community College.

Speed Walking The Boardwalk. Edwin Roman, 2017. As seen on the Coney Island Boardwalk. 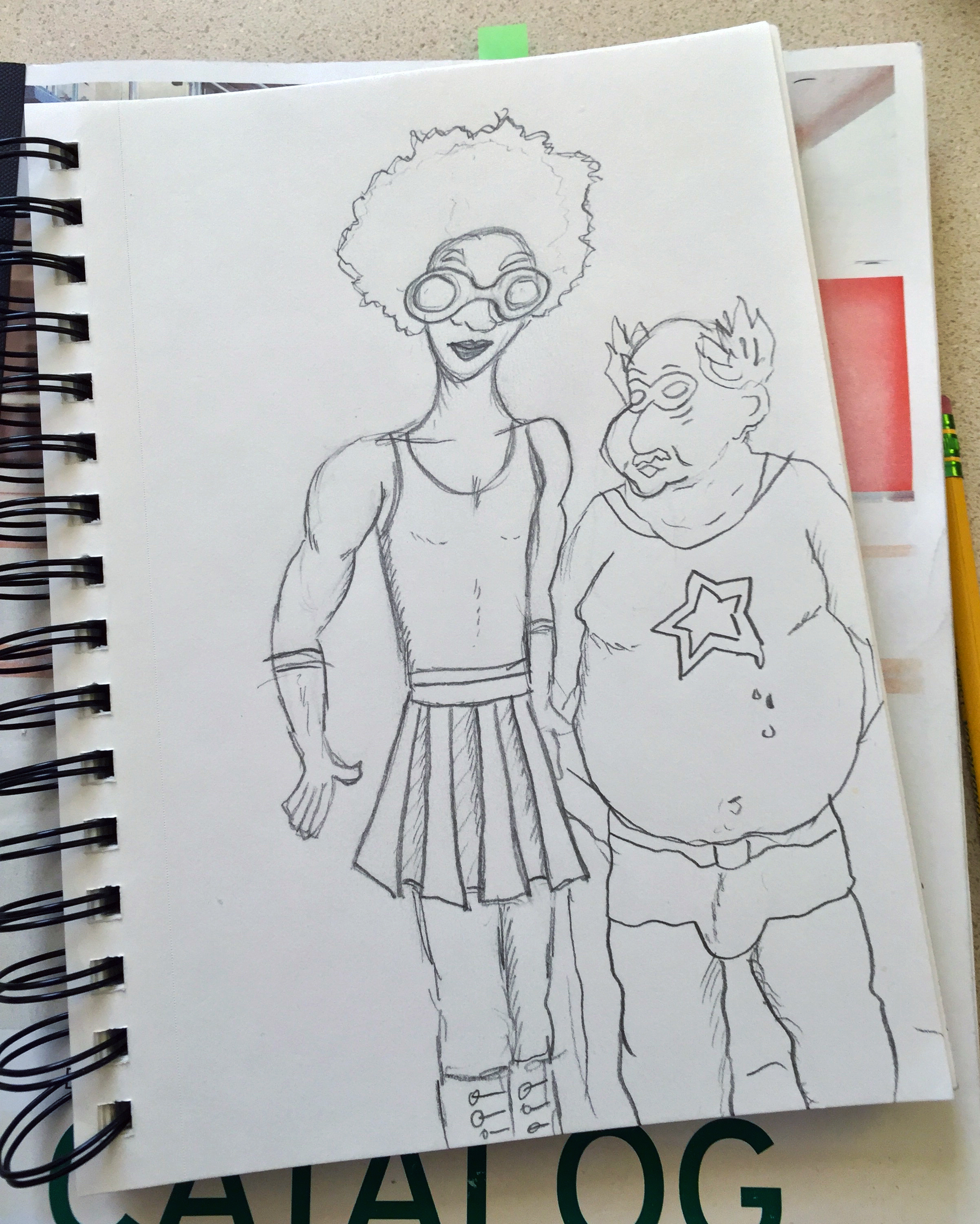 Sinewy Skirt and Sloppy Star. Edwin Roman, 2017. Whenever I am in a tediously long workplace meeting, I will go into survival mode and let my imagination take over. I often create made up superheroes and villains. This duo is a pair of superheroes. 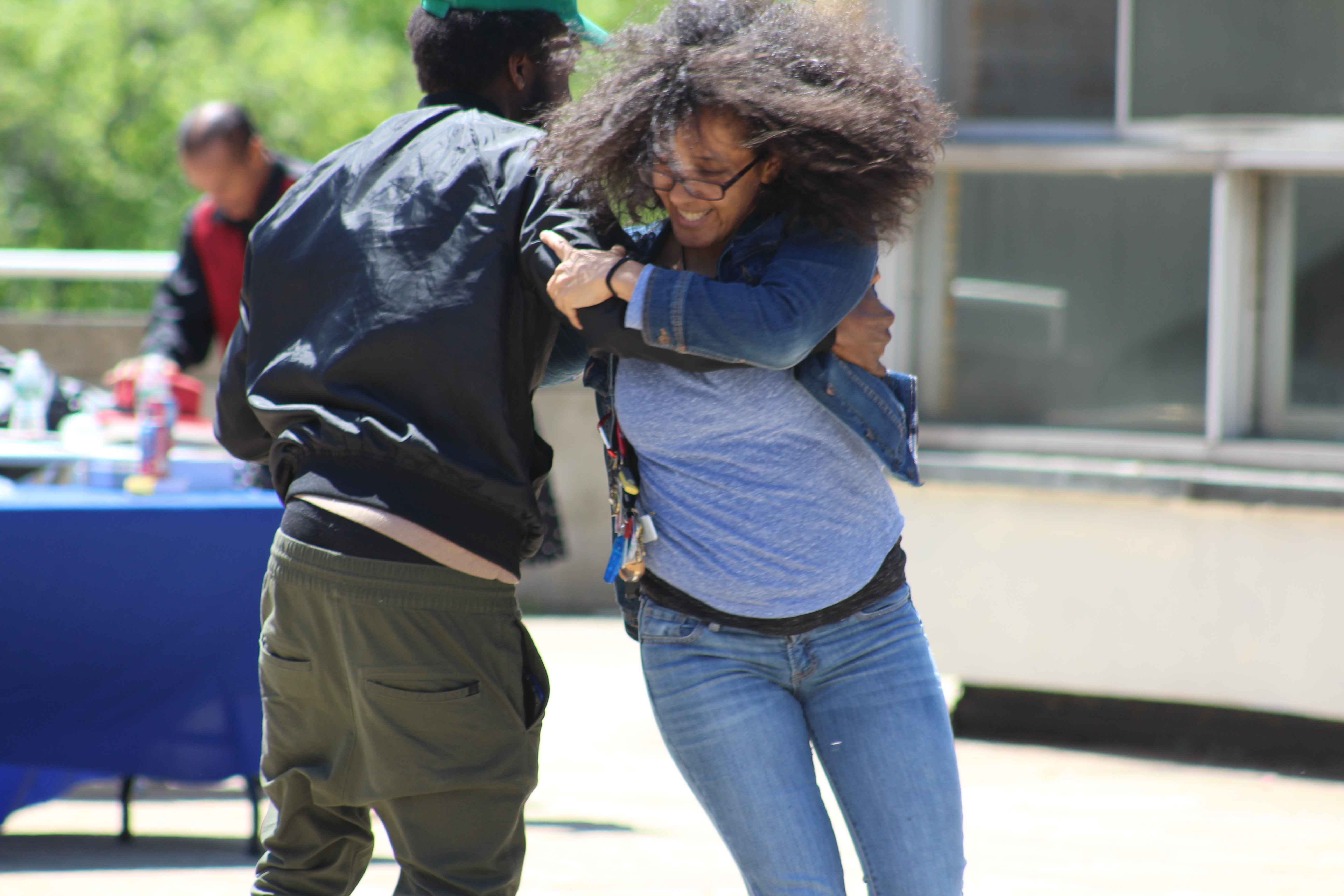 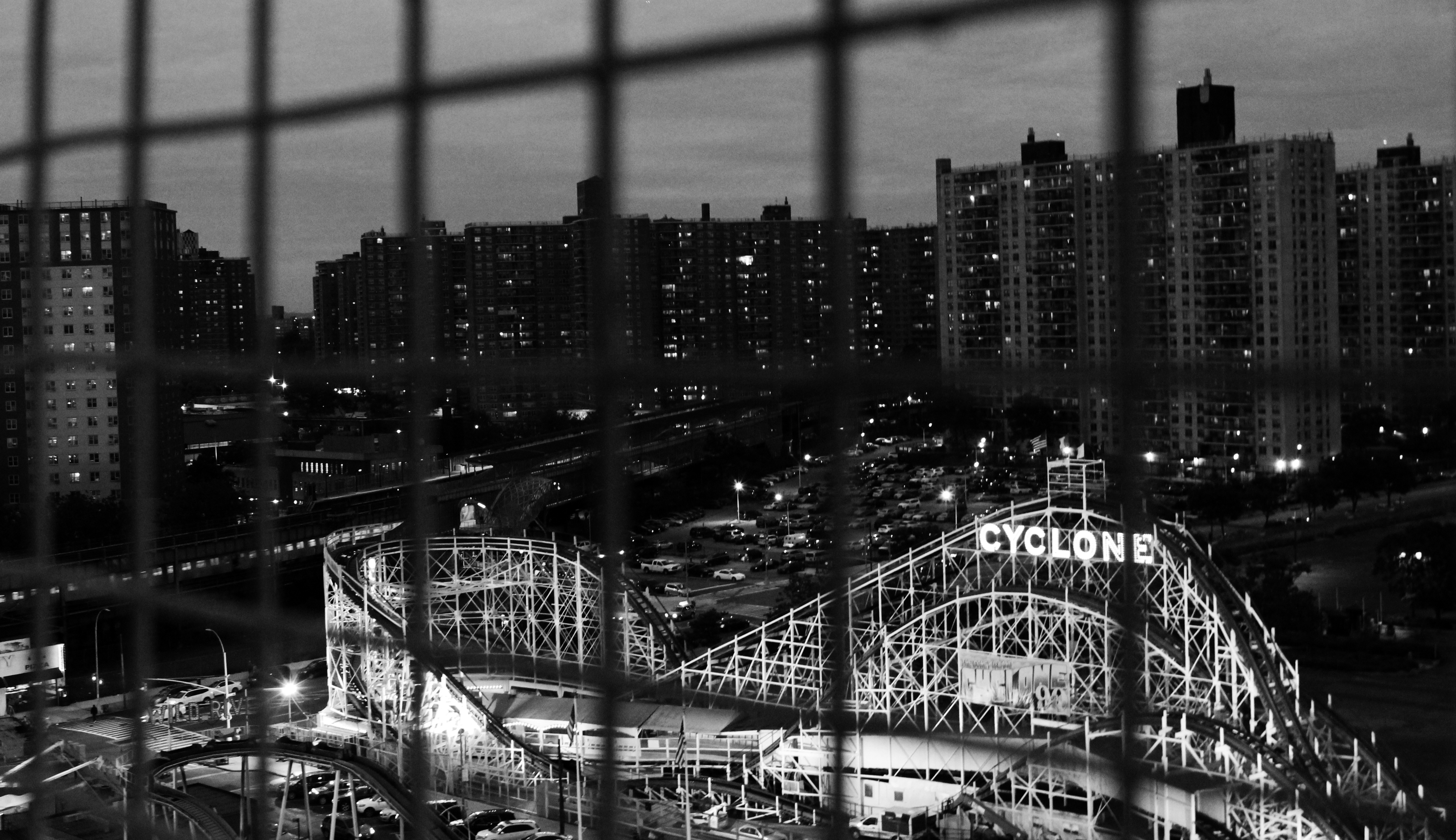 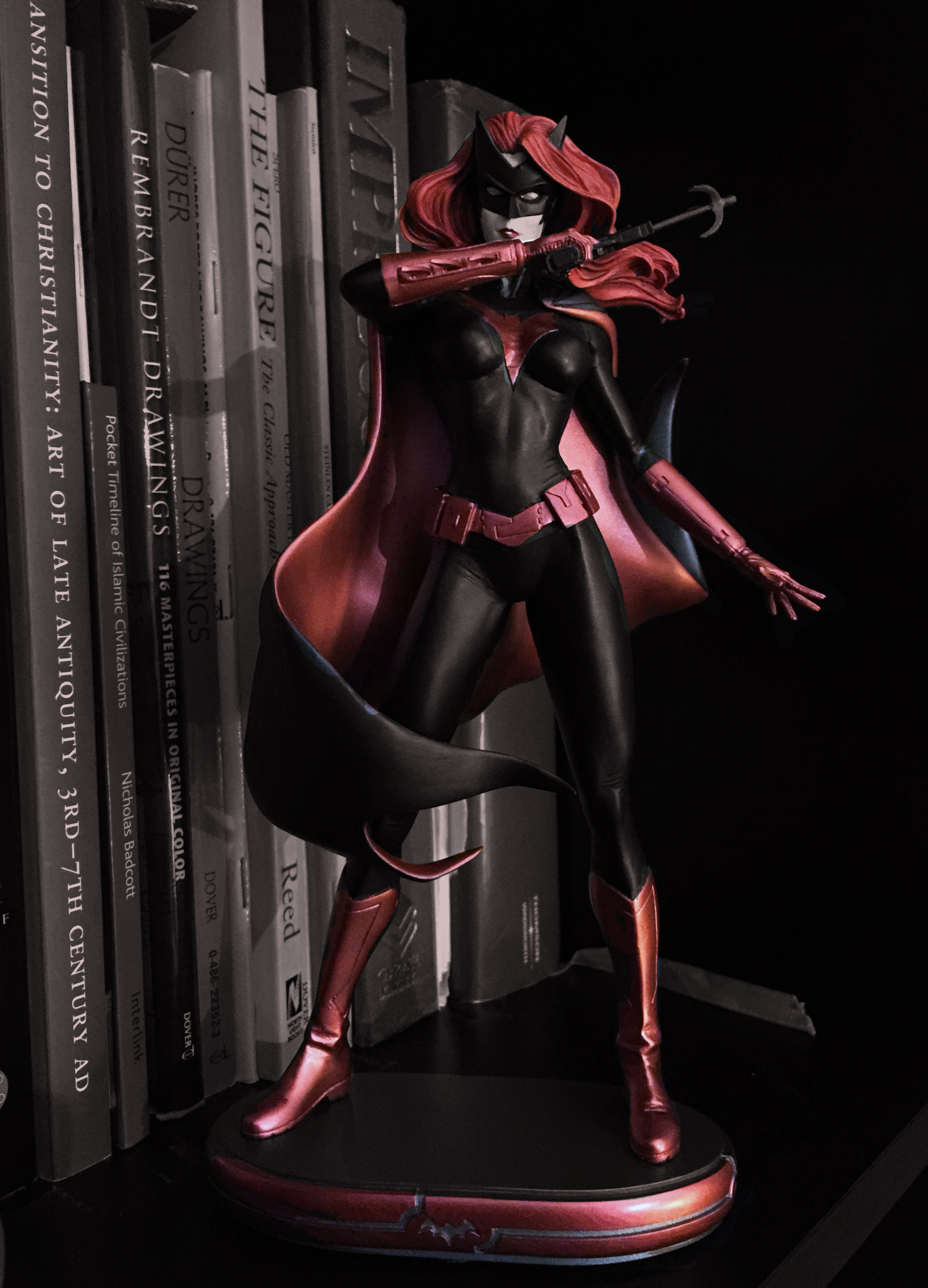 The Batwoman on my Shelf. Edwin Roman, 2017. An action figure of one of my favorite comic book characters, Batwoman. 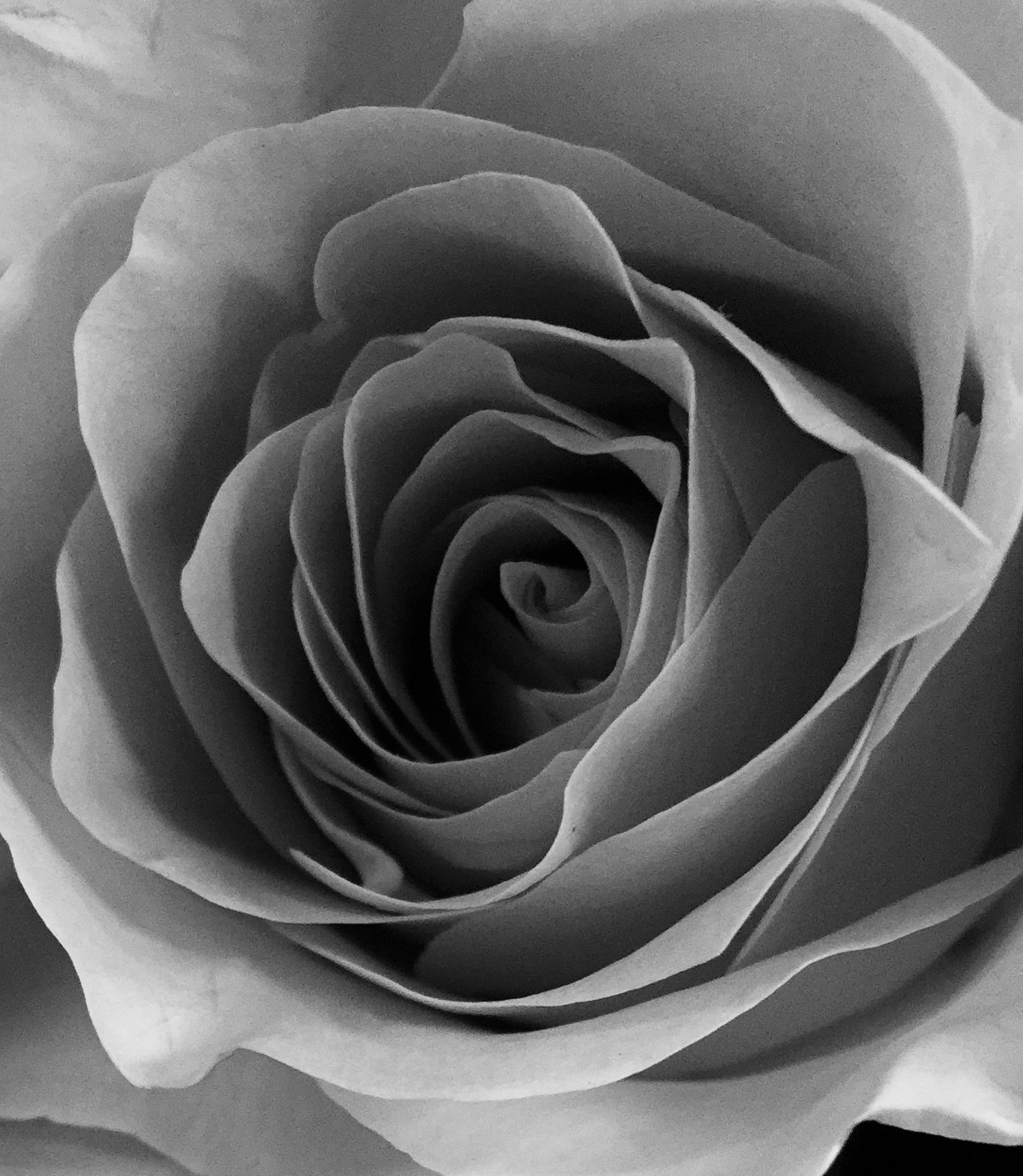