Yesterday I rode the “F” train down to West 4th Street in Manhattan and as I was exiting the station, I noticed several areas of the station, normally designated for print advertisements, had all of the advertisements torn away. They formed these rather beautiful abstracts.  The featured image of this blog entry is a wide shot that reminded me of Jackson Pollock.  I appreciated this subtraction of consumerism giving rise to abstract art. 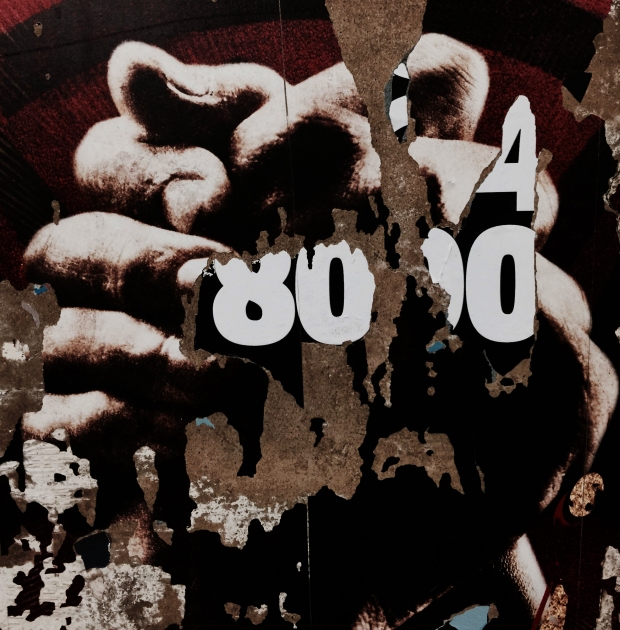 Embrace the Art of Abstract 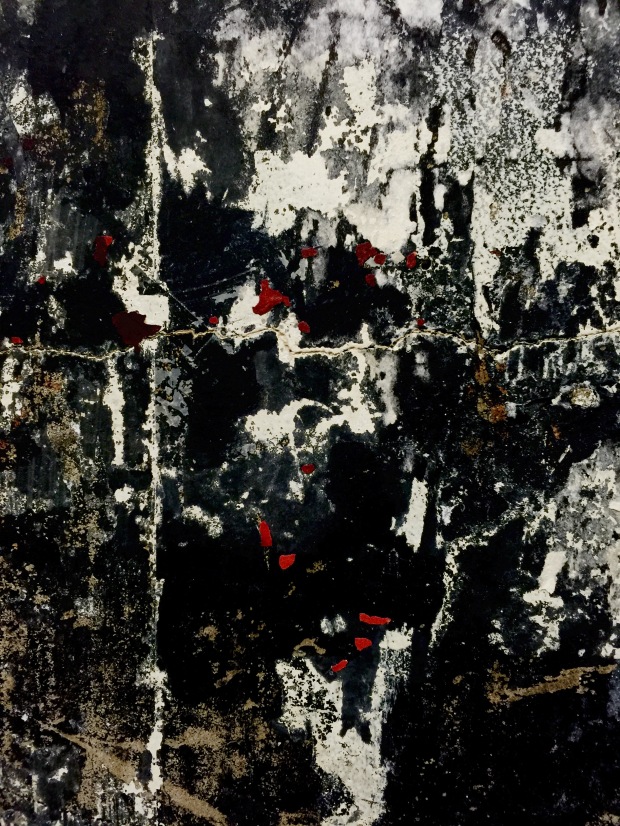 What do you see?

Digital photographs taken from my visit to Brooklyn last week and remixed with some Photoshop and creativity.  The second graphic will be available for sale on a glass, mug and green bag.

Be sure to also read my entries on Stereoscopic Views Documenting the Building of the Brooklyn Bridge Part One and Two. Part Three will be published later this month.

“How do you pick the next book you will read?”

This is one of the questions found in the first book published by popular bloggers Steven Farquharson and Leroy Milton (commonly known as 2HelpfulGuys) titled Not So Frequently Asked Questions: Common Questions, Uncommonly Asked.

How is it that I came to read this book?

Somewhat disappointed with social media, I was looking for a way to connect with others around the globe interested in more than headlines and sound bites. I craved semi-anonymous, but stimulating, conversation that didn’t descend into vitriol and the nasty name-calling that can be ubiquitous on social media. Rather belatedly, I discovered blogging and found individuals sharing concise, thoughtful ideas and exchanges. More importantly, these ideas were coming from independent thinkers that were not associated with big brother media companies. I launched my own blog in January 2014, which led to more connections, including 2HelpfulGuys. The overview of 2HelpfulGuys states:

“Our goal is to impact the world in whatever small way possible through our blog and YouTube videos. If we can impact one person’s life positively, we would consider ourselves incredibly successful.”

Interestingly, I was following the blog for some time before I read any sort of biography on Farquharson and Milton. I was slightly surprised to learn that they were college students because their entries are very insightful. 2HelpfulGuys prove that wisdom and humanity are not always fostered by age. The greatest strength of the 2HelpfulGuys blog is how remarkably personable it is: it feels as if you are conversing with two longtime friends. The book is an extension of the blog’s genial nature.

“What started as two guys just trying to help people is quickly becoming a community of supportive peers helping each other.”

Just before I purchased Not So Frequently Asked Questions: Common Questions, Uncommonly Asked, I discovered the 2HelpfulGuys YouTube channel and saw a video on disconnecting from technology that conveyed, “technology should be a tool and not a crutch.” Inspired by this, I decided to purchase a hard copy of the book instead of the Kindle version.

Each chapter represents one question from individuals who have connected with 2HelpfulGuys via their blog. There are twenty questions and a conclusion. The question topics had great variety:

“What made you guys want to start this website?”

“How can I get my teenagers to listen?”

“How do you overcome homesickness whilst at university?”

Perhaps the most engaging questions were those that were more universal:

“How do I stop worrying?”

“How do I share my feelings with other people?”

My sole criticism of this book is that Farquharson and Milton should have answered more of the questions jointly: it was Farquharson OR Milton instead of Farquharson AND Milton. Take the question “What is forgiveness?” Farquharson answered it and while he gave a really thoughtful response, I would have liked to have also read a response from Milton. In another question, Milton notes that he had a “traumatic past in bullying and grew up in a somewhat broken family.” His insights on forgiveness would have likely taken an approach distinguished from Farquharson. Similarly, Milton answers, “How do I eat healthier?” Farquharson had noted in another question that he had a blood disorder, so his insights on this question would have been rather valuable.

In response to the question “What made you guys want to start this website?” the 2HelpfulGuys note that, “we have no idea how long this going to last. We plan on riding this out for the long haul…” I hope you both do this for this long haul, together. While the Internet and technology has connected us, it is congruently disconnecting us. Farquharson and Milton, whether on-line or in print, are the human touch this over-processed modern world desperately needs.